Let me start at the end of the story and work my way back -- Today I'm healthy and don't have any cancer recurrence that I know of.

But I've been on a physical and emotional rollercoaster over the past six weeks. One that's still has me a bit shaken.

It started in late October when I tripped and fell in the stands at Qualcomm stadium and broke my rib. I spent two weeks in a lot of pain wondering if it was hurting so bad because of a bone metastasis. I started to go to a very dark place mentally. Finally I got a x-ray which showed a clean break and no evidence of metastatic disease to the bone. No cancer, just clumsy.

Then shortly after that x-ray I got a cold and then cough that got worse and worse. My oncologist listened to my right lung and said he was pretty sure that the cold plus the broken rib caused me to get walking pneumonia. Often when you have a broken rib you don't take deep breaths, so it makes you more susceptible to pneumonia. I took a good course of antibiotics and I'm no longer coughing or wheezing. Praise the Lord.

Also in the past six weeks I've seen on social media that THREE of the moms from my pregnant with breast cancer group have had a recurrence. They were all diagnosed in the months right before I was. But the one that hit me hardest is Jamie. She was diagnosed with TNBC six months before me, also while pregnant. We met on a milk sharing site (Eats on Feets) and she offered to talk to me on the phone since she'd just been though treatment. She was one of the first mamas that I talked to about the pregnant with cancer experience. She recently reached the 3 years NED mark, but then found out last month that her cancer is back in several places. My heart hurts so bad for her and her two small kids. If you're the praying type, please pray for her.

I want so badly to be "over" cancer, and move on with my life. So often I can trick myself into thinking I am, and then a recurrence scare sets me off and it becomes clear that cancer has left me broken and afraid. I was actually starting to feel so confident in my future that I was considering removing my IUD this month. But the past six weeks made me realize that I'm not ready to deal all the strange physical symptoms and stress that a pregnancy would bring (if I even could get pregnant). And maybe I never will be. I beginning to think more and more that I should just be happy with my one miracle baby and not tempt fate. 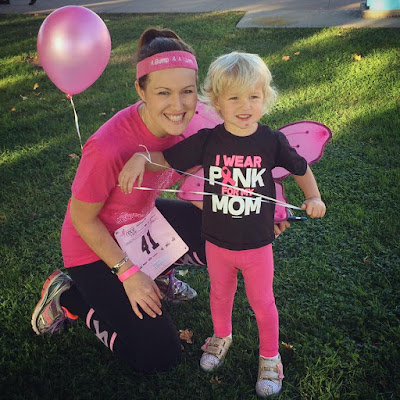